The encampments were/are important symbols, but the underlying message of the fucked-upedness of our financial system that they helped bring to to the forefront of national debate can be kept alive by other means that don’t result in a riot-cop’s boot stomping your face. Of course the suggestions in this cartoon are mostly tongue-in-cheek, but there are more sincere and practical analogs to most of the jokes in here.

One that I especially approve of is a debt strike, the real-life version of putting a negative number on your checks. Banks and corporations have been sitting on cash, refusing to lend and spend in what’s essentially a capital strike. It’s especially bad for the banks, since the money they’re not handing out, (All $8 Trillion or so.) was given to them by the Fed for free. Companies have reasons more than simple greed to hang on to that cash, since there’s no demand for anything they make in our broke country. Except for shitty vampire movies, apparently.

Anyway, the real point of this cartoon is to get you to help Save Community, and maybe, if you have some time after that, fight economic injustice. I’m finally making good on my promise to start churning out BFW Quickies again. Who knows how long that will last. Probably until baseball season. 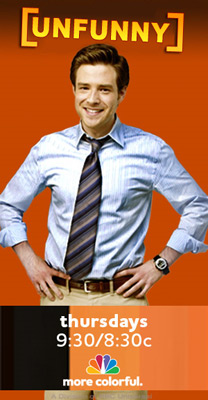 I love television. It’s having a renaissance while movies have gotten retarded with reboots and squeakquels. But there is still a lot of garbage on TV. Especially in the summer. Wipeout being the first example that comes to mind.

Rookie cops, doctors, and vampires are clogging up my screen and keeping more shows like Party Down, Mad Men, and Breaking Bad from fucking my eyeballs with awesomeness. Screw embryos! What about all the aborted pilots that could’ve grown up to become full-grown series?!

If you like this comic, consider buying some BFW stuff if you’ve got a couple bucks in your pocket. I could use a cable upgrade. I did something similar two years ago. If you’re curious, I usually go to the recurring bit well to get a couple weeks ahead in my cartooning schedule so I can go on vacation.

Unless that Icelandic volcano stops me, I’ll be in London in a week. I’ve already received lots of excellent recommendations for things I should do and see and drink. But I have one more request: What record shops/thrift stores should I hit up to snag some vintage limey vinyl?

To unify that request with this week’s cartoon, here’s a funny old British PSA I found while researching the comic:

Don’t let strangers in your house unless you want your candlesticks to go up their butts!

And yeah, my Orson came out looking a lot like a drunk Mel Gibson. Sorry, sugartits!